With hundreds of varieties of marine life on display in 81 exhibits and nearly 20,000 gallons of fresh and sea water, the Aqua Zoo in Alexandria Bay is one of the largest privately owned aquariums of its kind in the United States or Canada.

You’ll be amazed watching the coral reefs which were imported from the Figi Islands, featuring dozens of different species of living coral, invertibrates and other life forms. You’ll find leather corals from Indonesia, Gonipora Coral from Malaysia, Gorgonia from the Caribbean Sea, Sea Apple from the Australian Barrier Reef, Hawaiian Feather Dusters and much more. 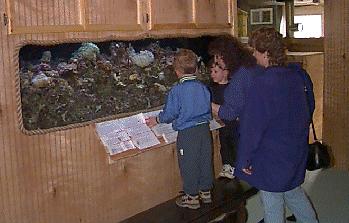 Dave Roberts first visited the 1000 Islands in 1977 quite by accident. He and a friend were planning on going fishing in Cayuga Lake, but the weather was too bad. Dave figured that if they continued north they might get away from the storm and find another place to fish. They ended up in Alexandria Bay. 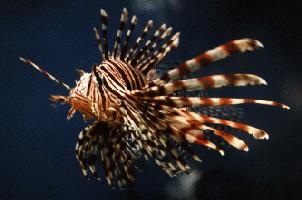 Dave fell in love with the area and when he later fell in love with his bride Mary Alice he decided they should come back to the Thousand Islands for their honeymoon. Well, Mary Alice decided then that this was where she wanted to live. She made Dave promise that one day they would live in the Thousand Islands! It took a while (13 years), but Dave finally made good on his promise. He woke up one morning and told Mary Alice he had it all figured out how they could live in the 1000 Islands. 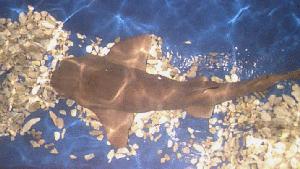 He had a dream of building a giant aquarium, a zoo for sea life, that would entertain the tens of thousands of tourists who visit the area each year. “Build it and they will come,” he thought. And come, you should! This place is one of the most amazing attractions you’ll ever visit. 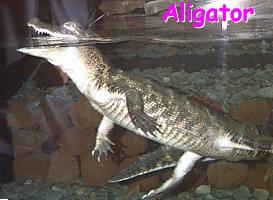 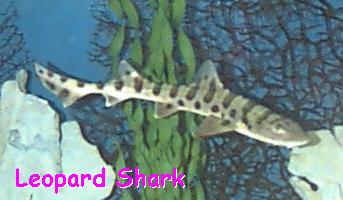 Location of the Aqua Zoo