Following the American Revolution unbounded hope spurred economic expansion and development. Enterprising individuals established villages and towns by the score to serve as new centers of trade and manufacture.

In 1801, New York City lawyer Augustus Sacket purchased a large tract near Lake Ontario where he discovered an ideal situation for a great port of trade. The site was less than 30 miles from Canada and one of the largest natural harbors on the lake. He soon returned with a corps of workmen to begin construction of a new community.

One of the most profitable industries for Sackets Harbor’s early settlers was the manufacture of pearl ash and potash from felled timber, worth as much as $320 per ton on the Canadian market. But Great Britain’s increasing “search and seizure” of American merchant ships ultimately led to the Embargo Act of 1808, outlawing trade with Britain and its possessions. Widespread smuggling ensued. The armed brig Oneida and a company of marines were sent to Sackets Harbor in 1809 to enforce the embargo. War with Great Britain was officially declared in June, 1812. A month later the First Battle of Sackets Harbor occurred. Five Canadian Provincial Marine warships threatened the village, but were routed by the Oneida and by gun batteries on shore. 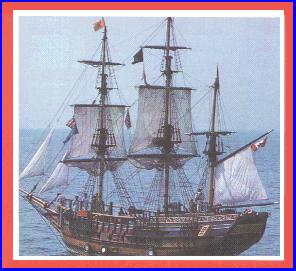 With its strategic position, abundant resources, and superb natural harbor, Sackets Harbor became the center of military and naval operations for the war’s northern theater. Following the first battle, the tiny lakeport developed into an extensive military complex, ringed by a fortification network manned by thousands of troops. As America’s single largest naval port and shipbuilding effort of the time, hundreds of workmen and sailors constructed and manned the largest American fleet of the war.

In May of 1813 British and Canadian forces landed and marched on the village. This Second Battle of Sackets Harbor ended in an American victory, but much of the village’s military and naval stores were destroyed. Fortifications were strengthened even further as a result of the battle.

Following the War’s negotiated end in 1815, Sackets Harbor for a time was the North Country’s most celebrated and prosperous village. The veterans who remained to settle here and the establishment of Madison Barracks in 1815 contributed to a post-War boom that transformed the crude barracks town of tents and log shanties into a village of considerable elegance, with dignified Federal style buildings of wood, brick, and native stone.

Sackets Harbor continued to prosper throughout the early 1800s as a center of trade and commercial shipbuilding. The Patriot’s War of 1837-1840 briefly revived the village’s strategic military role, and led to the establishment of the Naval Station at Navy Point.

The Rome-Watertown & Ogdensburg Railroad swiftly eclipsed Sackets Harbor’s importance as a shipping point in the 1850s In the 1870s a branch of this line combined with the Black River lumber trade and the r egion’s prosperous agricultural economy to bring new life to Sackets Harbor. At the same time the eastern Lake Ontario and Thousand Islands regions began developing as popular seasonal resorts, bringing many summer visitors to these scenic shores.

The 20th century brought the demise of the lake trade and the abandonment of the railroad, Madison Barracks, and the Naval Station. But the glory that was Sackets Harbor is not to be forgotten. In recent years the village has reawakened to its rich heritage and is currently witnessing an architectural renaissance that holds great promise for this beautiful and historic community.

As a part of its revitalization, the community has transformed into a quaint bedroom and tourist resort community, offering museums, restaurants, boutiques, marinas and water-based recreational opportunities.